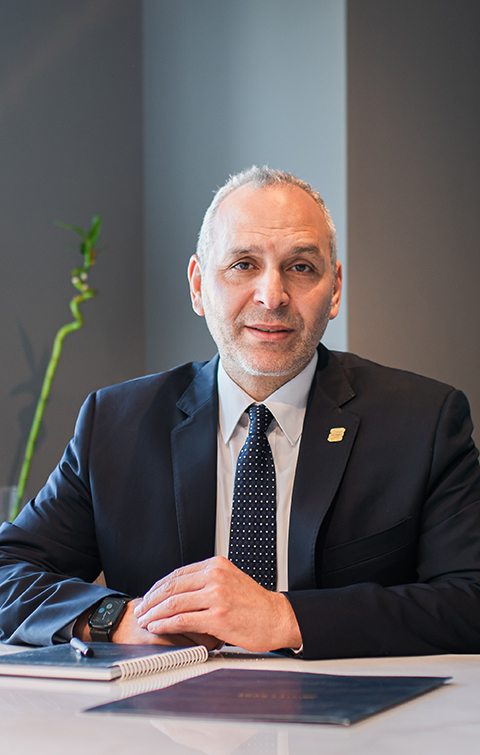 City Edge Developmentsâ€™ success is realized through having a clear vision for our future, while developing our present through a commitment towards building value through premium-quality projects across Egypt. We move towards our objectives through planning every step we take, while consistently operating in key sectors that achieve good returns for our investors; ultimately attaining a fast-growing customer base and leaving a mark on the nationâ€™s most significant projects.

To become recognized for providing sustainable value in all our communities and managing the mega projects in a way that reflects Egyptâ€™s vision. We aim not only to enrich the life of our communities and employees, but also to provide our stakeholders with a great return on their investment. Be the frontrunner.

City Edge Developments aims to pioneer in improving people's lives  by incorporating innovative value added solutions in the areas we master develop and manage and by delivering sustainable living spaces to people. Our focus is the future; we work with our people, partners and shareholders to deliver sustainable performance, driven by our values.

Founded in 1979, with affiliation to the Ministry of Housing, NUCA is the state’s urban planner, with aims at shifting the center of living away from the Capital extending the axis into the new suburbs to create wider possibilities for living. Owning the largest land bank in the country, NUCA is responsible for the creation of numerous residential, housing and industrial projects, in addition to infrastructure development and investment affiliations.

Established 35 years ago, in 1979, Egypt’s Housing and Development Bank (HDB) is a progressive commercial bank with a clear real estate flavor specialized in financing housing projects across urban communities and North Coast resorts. With its solidified reputation and extensive experience in providing a full range housing and property development services, HDB’s Real Estate Projects continue to be key at increasing client base and performance. With direct and indirect ownership positions in 14 subsidiaries and sister companies and a total of EGP 1,275 million, HBD ownership ranges from 16% to 92% and activities span from real estate development and mortgage financing to property management services and insurance development and investment affiliations.

Chairman of City Edge Real Estate Development Company
Mr. Ashraf Salman is currently the Chairman of City Edge Real Development, which is the arm of the Egyptian government in this field. He was also selected as a member of the Board of Directors of Orascom Investment Holding,), and Al-Mohandes Insurance Company.  Mr. Ashraf Salman held the position of Minister of Investment in Egypt for two years from 2014 to 2016. He was also a member of more than 40 governmental committees working on issues related to investment. Mr. Salman also served on the board of directors of several institutions including the New Urban Communities Authority (NUCA).He has been involved in financial restructuring deals of several entites including the Nasr Pharmaceutical Company. Mr. Salman also participated in establishing the Cairo Financial Holding Company (CFH) and became its Chairman, which later became one of the largest growing investment banks in Egypt. Mr. Salman is a member of several boards including the Mortgage Finance Authority, the Investor Protection Fund, the Supreme Policy Committee, the American Finance Association in New York. Mr. Salman holds a Masterâ€™s degree in Business Administration from the University of Birmingham in Alabama, USA, and also holds a Certificate of Appreciation accredited by SGS Yarsely, United Kingdom. 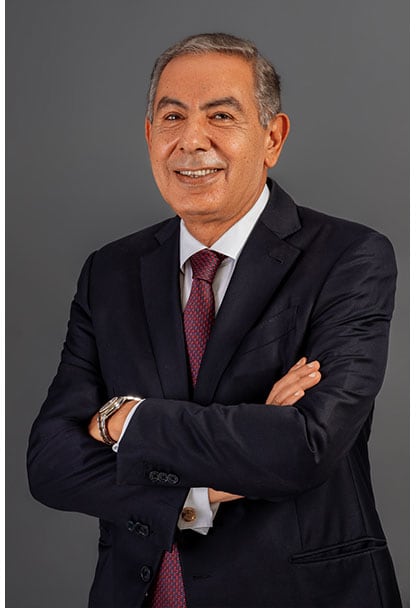 Member of the board of directors, City Edge

Member of the board of directors, City Edge
Former minister of trade and industry for Egypt, Tarek Kabil is member of the board of directors in City Edge, as well as other big entities including, Housing and development bank, Egypt Foods, Cleopatra Hospitals. Previously Tarek held leadership positions in PepsiCo for 18 years, most recently the President of PepsiCo international for Middle East and Africa (MEA) for beverages and snacks and president and CEO for MEA and Southeast Asia for Intl Dairy and Juice Co.joint venture between PepsiCo and Almarai Co. 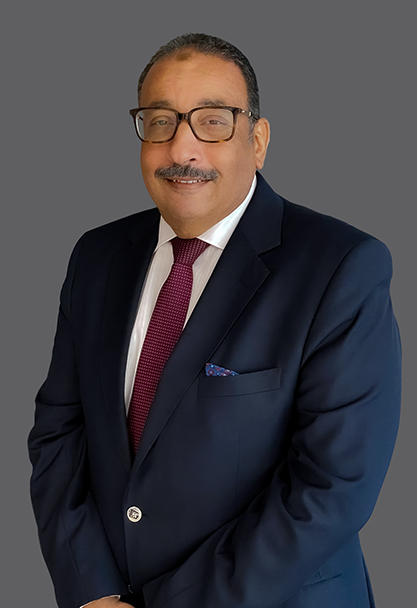 MAJOR GENERAL MOHAMED ESSAM EL DIN RAMADAN ASSISTANT OF MINISTER OF HOUSING, UTILITIES, AND URBAN COMMUNITIES SUPERVISER OF THE MINISTER'S OFFICE & MEMBER OF THE BOARD OF DIRECTORS AT CITY EDGE DEVELOPMENTS

Mohamed Essam El Din currently holds the position of Assistant Minister of Housing, Utilities and Urban Communities. He was also appointed as Supervisor of the Ministerâ€™s office, thanks to more than 35 years of experience, during which he held administrative positions across various governmental institutions in the field of housing and urban communities. In 2020, Essam El Din was appointed as a member of the Board of Directors at City Edge Developments, owing to an impressive track record, especially in the field of housing and urban communitiesâ€™ development. He was appointed as Undersecretary of the Ministry of Housing, Utilities and Urban Communities from 2005 to 2009, then was promoted to become Deputy Minister. During that time, he was also the ministryâ€™s Head of the External Financial Sector, Financial and Administrative Affairs, and Development. In January 2012, he was named Vice-Chairman of the Saudi-Egyptian Company for Reconstruction, a position he still holds to this day. Moreover, he is Head of the Analysis Unit for the Reports of the Central Auditing Organization at the Ministry of Housing, Utilities and Urban Communities; as well as member of the Higher Committee of Administrative Coordination for the General Census of Population, Housing and Establishments, where he follows up on the ministryâ€™s projects of the including the Social Housing Project, the New Administrative Capital, El Alamein, and more. Essam El Din graduated with a Bachelor degree in Law, alongside another one in Police Science from the Police Academy in 1980. 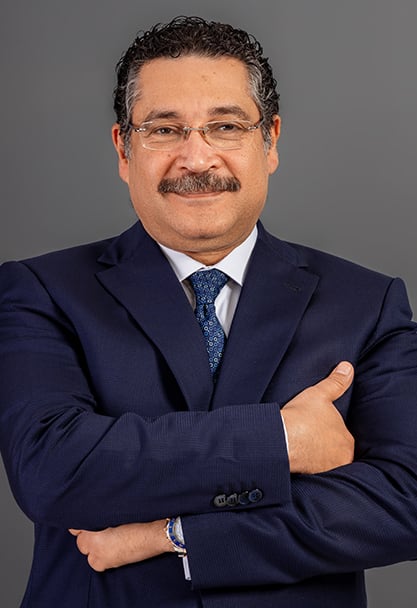 Chairman and Managing Director of the Housing and Development Bank 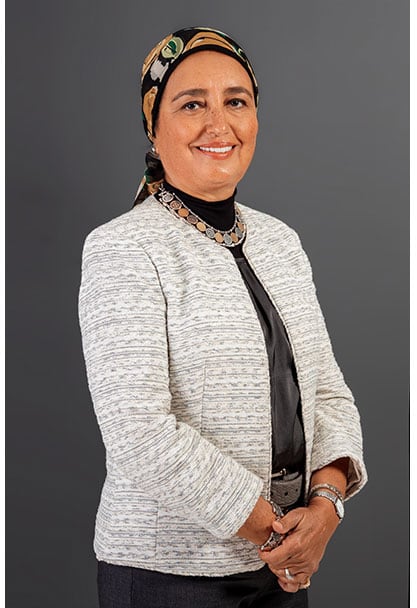 Deputy Governor, Central Bank of Egypt
Lobna is currently the Deputy Governor of Central bank of Egypt responsible for monetary stability, and becoming the first woman to hold the position of deputy governor in the history of the Central Bank of Egypt. Started her career in the banking sector, working for the Arab African Bank, the Egyptian American Bank and the Egyptian Group â€“ Hermes. Hilal is the second most powerful female figure in the Middle East Africa, Forbes magazine for the 100 most powerful female personalities in the Middle East and Africa for the year 2016. Lobna is one of the most intellectual leaders, as she received a great deal of education, until she received her master's degree in economics from the American University. 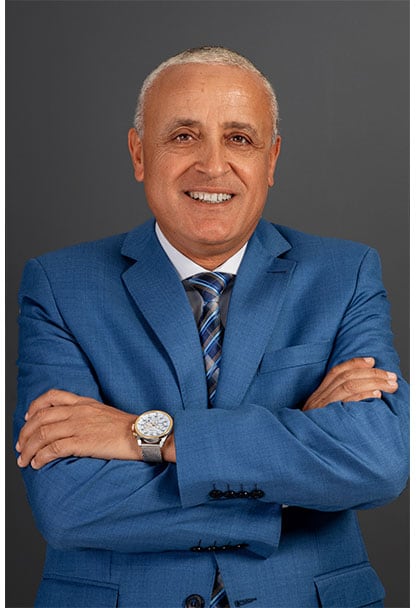 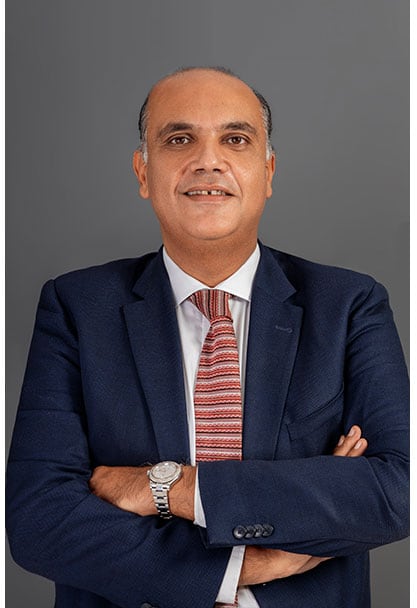 Member of the Board of Directors City Edge Developments

Member of the Board of Directors City Edge Developments
Dr. Ahmed Weshahi has extensive experience in project financing deals, as well as mergers and acquisitions. He has previously served as a partner at a leading regional law firm, where he worked with national and international clients on matters of commercial and corporate law, such as IPOâ€™s, share sales and transfers, mergers and acquisitions. In 2012, Weshahi became the head of the law department â€“English section at Cairo University.   Weshahi has published several studies on Egyptian commercial law and is a member of the Centre de Droit des Affaires at the Aix Marseille University in France. He holds a Ph.D in commercial law from the same university and received his Bachelorâ€™s degree in law from Cairo University in 1997. 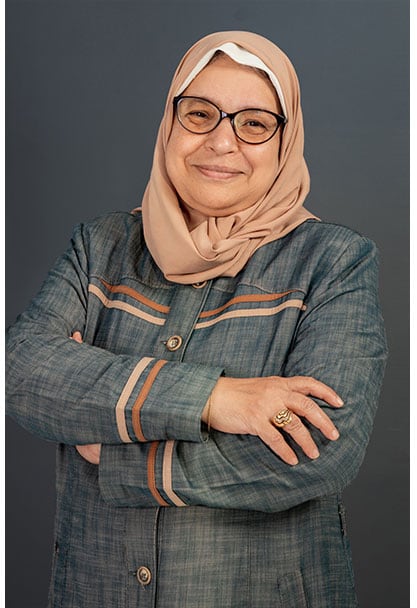 Member of the Board of Directors City Edge Developments

Member of the Board of Directors City Edge Developments
Eng. Ragaa has been the Vice President of the New Urban Communities Authority for the Planning and Projects Sector since 2016, and in the same year she was honored to be among the top 50 influential women in business enterprises.   Ragaa has 39 years of extensive experience in the field of urban planning. She obtained a Bachelor of Architecture in 1981 from Cairo University.   Before joining the New Urban Communities Authority, Ragaa worked in the 6th of October City Authority from 1981 until 2010, until she became the General Director of Project Management in the 6th of October City Authority.